Glastonbury - the Field of Dreams 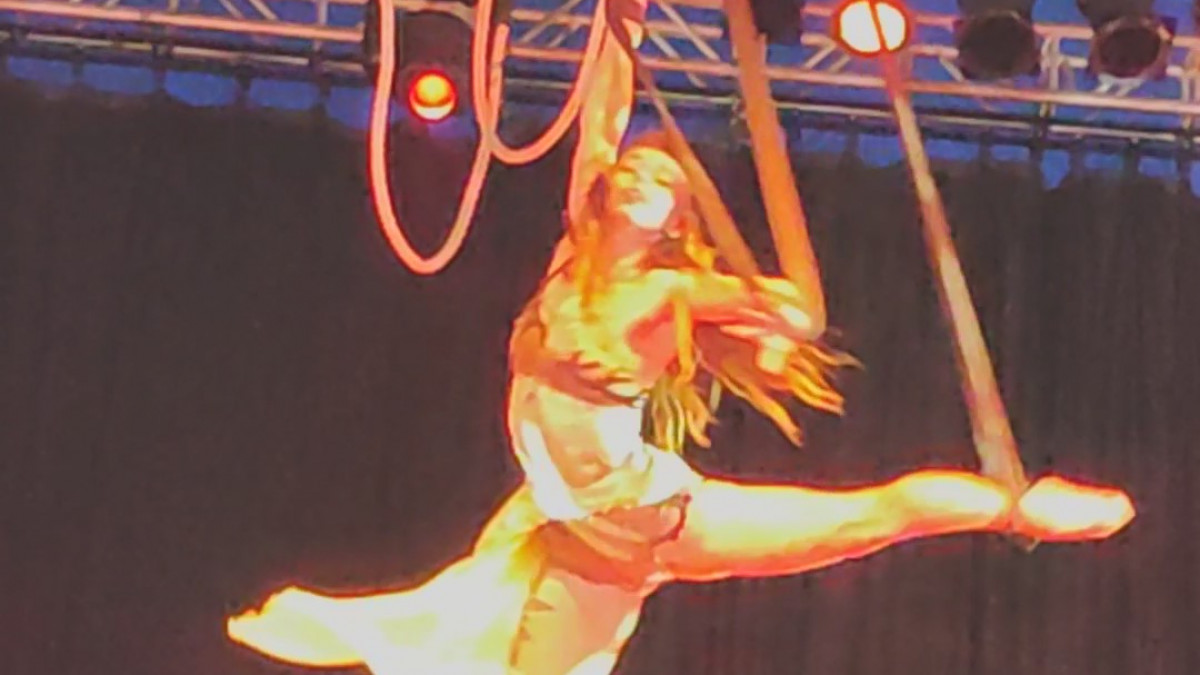 Glastonbury: the Field of Dreams

Glastonbury. What images does that word evoke for you?

An airy and mystical town of cobbled streets, and shops tinkling with wind chimes and oozing incense.. Caped druids and wizards casually strolling past..getting holy spring water from the Chalice well, at the foot of Glastonbury Tor – a hill rising up 159 metres above this ‘isle of avalon’ where king arthur went after his last battle as legend would have it.

Or perhaps it conjures up images of the earliest days of Glastonbury festival in 1970, a field reminiscent of Timothy Leary’s big Love In in the late ‘60’s, with naked long haired hippies smoking marijuana and the mantra of Turn on, Tune in, Drop out in San Francisco.

Fast forward several decades later and the biggest temporary artistic city in a field, with the biggest celebrity musical feast and perfomances imaginable. Oh and did I mention the shadowy associations of a mud festival with heaving bodies and crowd trauma..?

Yes Glastonbury has become an extremely huge, commercial and overly hyped event. However there is no denying the pure exhilaration of seeing a live performance, let alone when the performer may be someone that you idolise. Well I now know who Billy Eilish is, after being informed by some pre-teens that I should go and check her out. All pigtails and industrial lungs (is it really possible to be that energetic on stage and still sing..?) Her energy, enthusiasm and provocative, polemic outbursts on the state of the world were admirable and passion stirring. A definite idol for any aspiring young pop queen or king.

After these last few years, the air was thick with exhilaration. People were beaming from ear to ear, and it was so heart warming to see such a diverse crowd of all ages intermingling and making merry. Described to be me as a ‘converging of the tribes’...it was a true convergence and connection of humanity, all on one huge farm, yes.

However the upbeat mood and sense of connection was not my lasting takeaway.

I have a new welcome memory for Glastonbury Festival that I didn’t expect (I am guilty of all of the above old Glastonbury associations (except the naked hippy one...of course..) a new memory now embedded in me that is deeply somatic, something that resonated throughout my whole being.

I now think of Glastonbury as also the Field of Dreams…

What I experienced was something that we had almost forgotten was possible - and that is one of a deep, wistful longing of possibility and inspirational hope. Not only that, but a sense of aspiration and wishful dreaming. In the Circus Tent as I watched the elegance, grace, strength and skill of the trapeze artists in the air (and the incredible performance of an acrobatic couple, incidentally of which the man was in a wheelchair, being only partially bodied, ie from the waist up), my mouth fell open in awe.

I was transported back to my innocent and optimistic seven or so year old self. When the whole world and life stretched mysteriously ahead, full of intrigue, unknowns and possibilities, both slightly scary and exciting. As I watched magic in the making, I felt light and expansive, and my body was awash with the warmth of feel good hormones that gave me a sense of inner power, that anything could be possible if I put my mind to it and dreamed big enough.


As a young girl after watching ballet and dance on the TV, I would always get up after every show and dance around the living room, inspired and aspiring to be one of the dancers on that screen.

Do you remember a time of feeling full of hope, having ambitious and fantastical dreams for your future?

I grew up feeling displaced, not sure of who I am, with mixed cultural messages of how to be, how to behave, what was acceptable or not. And this inevitably coloured my perceptions for future plans.

Could there possibly be another you that languishes behind your social face, your work face, your family face, your community face, something deeper that is another real you that is needing some attention?

There are different theories about hope. One well known theory is that of someone who is persistant and creative with obtaining their goals (a line used in organisational psychology, ie it is a cognitive effect). Then there is the emotional side of hope, which helps us to be resilient in stressful situations. [1]

In fact hope has been listed as one of the the10 Common Positive Emotions:


I can safely say I felt nearly all of those emotions watching one particular girl trapeze artist delicately spinning above me like a dragonfly that day. Perhaps all of them, as I could take pride in the possibilities of the human body and spirit, and forgiveness to myself, for not following through the dreams of my seven year old self, and the instinctual callings in my body.

Are you connected to the emotional intelligence in your body?

Do you recognise when you have a sense of stuckness, a lack of knowing about which direction to go? Or a feeling of numbness, that can also act as a ‘protective’ barrier to deeper feelings?

I was at Glastonbury in fact with a work purpose, and held a workshop in the main Sun Lodge of the Tipi Field, 'Connecting into Oneness'. Afterwards the participants expressed how they welcomed the opportunity to move freely, with no prescriptive moves, and finding more freedom in the body.

I know very well the feeling of being lost. For instance it can happen when travelling for any extended period of time; when we become spoilt for choice of where to go (the grass always looks greener). It is way too easy to pack up and leave somewhere to find the next bit of paradise to savour as a privileged tourist (even if we are on a scant budget), when in third world countries. We have been denied our freedom in recent times but incredulous as it may sound, life can feel challenging when your path could go in any direction.

It is always easy to recognise those travellers who have continually kept moving without any end destination or goals; when you look into their eyes there is a deep emptiness. This too can also happen with those who have suffered greatly and lost a sense of hope. When we look into someone’s eyes we are looking into the windows of the soul, as the Chinese say. It certainly makes you think twice about the sincerity of words spoken from someone who averts their gaze. The simplest things can be the most difficult. When we can look at someone squarely in the eye when we speak, there is a level of directness and clarity. And if the conversation is of a personal nature, then we are opening ourselves, allowing to show our vulnerability in our honesty.

Apparently hope does not technically fit the criteria of an emotion, as emotions are deemed ‘automatic and reflexive, they cause physical and behavioral changes as a result of nervous system responses’ [3]. Yet I know that hope can definitely be an emotional state. I felt it that afternoon in the field. When we are hopeful, the chemicals of the emotion flood our bodies with optimism, vitality, a spring in our step. It can also happen when, for example, we fall in love; but in that instance there is the consideration and dependance of another. I am talking here about our inner resources for resilience and wellbeing.

I remember the feelings of exhilaration on performing on stage in dance school productions. The adrenalin coursing through the body is electric. I have never felt quite so alive as at that time, but I guess you could say that my hopes were not powerful enough to follow my dreams through. And now my path has led me back to dance in a different way, in a way to help others to find their light and vitality, and new pathways with hope.

Have you found a pathway to hope in the aftermath of these recent times?

Can you and do you allow yourself to listen to the quiet, whispering yearnings deep in your heart?

Helene will be at Noisily festival of Music and Arts, 7-10th July, where she will be holding a Somatic Dance Workshop, a Talk on touching the Sacred through Dance entitled, 'The Power of Dance to Transcend and Heal the Planet’ and take part in a panel discussion, 'Rewilding Ourselves', hosted by Amisha Ghadiali from ‘all that we are’ podcast along with Bruce Parry, Charlotte Pulver, Meesh Deeny and Melanie Kelay.

[3] The Power of Hope, and Recognizing When It's Hopeless | Psychology Today