Smile and the whole World Smiles with You 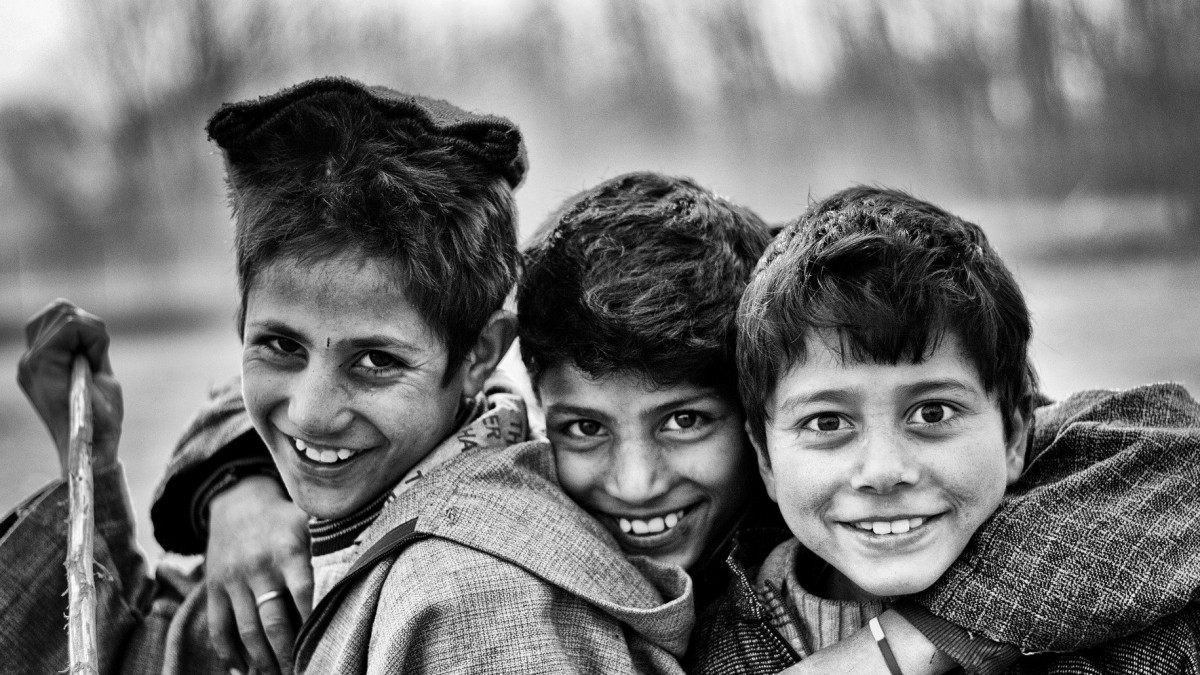 Tales from India and the 3 second Mood Boost

Sometimes life can feel like a struggle, sure, but we have the power to decide how much our struggles affect us. In seconds we can transform our whole physiology and mood for the day and not only is it completely free, it is accessible to virtually all. I am talking about the priceless gift of a smile.

I have often travelled alone on long adventures, and one particular time in India I was getting on an overnight train and feeling a little bit weary. I walked into the women only carriage of the train, to be faced with a group of Indian women, who were travelling together and who all immediately eye balled me with stony faces. In the UK it is deemed rude to stare at people, but often on my travels I have found locals will blatantly (and innocently) stare, without any reservation.

Solo female travellers can still be regarded with curiosity, disbelief and even disdain in certain cultures. At the very least onlookers are curious about where my husband is, and the set of circumstances that would lead to me embarking on a long journey alone, heaven forbid. As I entered into this carriage, my immediate reaction to the Indian ladies was to glare back – I was travel weary, not feeling up to scrutiny or judgment, and was on the defensive.

For a split second I struggled with the group glare. Then I summoned up the energy to beam back a big pearly white. Almost instantaneously all the women beamed back big beautiful smiles, and the whole atmosphere of the carriage softened as my heart felt lighter. I now relaxed and clambered up to my bunk for the night, unperturbed by their curiosity.

When we smile at someone and the receiver smiles back in return, it is a way of giving. When you are feeling at rock bottom, that you have nothing to give, it is never true. We all have so much to give – our time, our ability to listen or empathise in support, sometimes just to be physically present; and a smile coming from the heart can be the biggest gift of all…it can be a smile of relief, camaraderie, gratitude - when you see a child from an impoverished country’s face light up when they are given a simple gift such as a ballpen or a foreign coin - that smile is like a million sunbeams lighting up our hearts.

When we smile at someone, especially when we also look to them with openness in our eyes, it is a validation of that person, an acknowledgement of their presence. In that split second, all divisions, layers of judgement and feelings of separation can dissipate. After all when we are feeling down, the first thing we tend to do is withdraw from the world; we cast our eyes down and avert our gaze. We avoid connection and exacerbate any feelings of isolation.

Scientists discovered the mirror neuron system in the brain back in 19921, in a study with macaque monkeys, when they observed certain neurons in the brain would fire up empathically when observing an action, the same ones that would fire up if they had been doing the action themselves. Then in 2000 a study published in Psychological Science found that we humans do the same. To understand and empathize with the emotions of another we can have the tendency to mimic their actions. The significance of mirror neurons and their role in ‘emotional contagiousness’ is still debated within scientific circles2, but my incident on the Indian train confirmed for me a simple lesson. If we happily smile at people, the chances are they will reflect that and smile back.

Given that when we smile we release endorphins such as dopamine and serotonin which reduce stress, boost immunity and even make us feel happier, it is almost a crime to go around scowling and frowning. So, Ebeneezer, what are you waiting for? Make the world a kinder place, give your smile freely and spread the love…